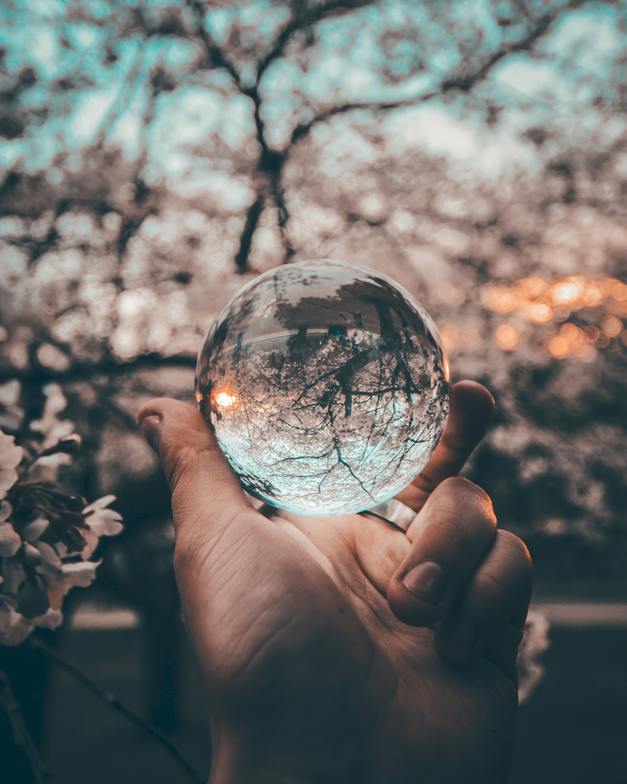 As young parents in the late 60s, Bob and I were filled with the optimism of our generation. Our decision to adopt was informed in part by my ecology-biology studies and by the example of others in our family, following the closure of orphanages and other institutions across Canada. We determined to enlarge our family by intermingling our "own children with pre-fabricated ones", as an eccentric friend, known as Singer Lady, put it.

We knew a little about the racial issues of the time. I witnessed the distressing visit of segregationist Alabama Governor George Wallace to UVic, and we had read some of the literature popular at the time — Malcolm X, James Baldwin, John Howard Griffin. But we were hopeful that change was in the air, convinced that race need not be a stumbling block in the society we were becoming, and that integration was achievable personally in the microcosm of our family.

Singer Lady's reservations about adoption and genetic heritage may have been the first indication that we were naively hopeful: our inability to convince her of the unity of the human race marked our entry into unknown regions of perception of fact and truth. But convincing others has been the least of my challenges. Over the extent of this journey my chief and ongoing struggle has been to examine and re-examine my own observations and understanding of our children — and, for the purpose of this article, more specifically, our two adopted sons; and to question my interpretation of situations and relationships, interactions, motivations and intentions.

Jeremy, our son of Tanzanian descent, first experienced a racial insult at the age of 4. It was not until the neighbours confirmed the incident that I believed it could be so. As he grew up he learned to be excessively polite to law enforcement officers. He taught us what it meant to be stopped by the police for DWBB. (Driving While Being Black). Bicycling to work one day he was stopped for speeding. These are a few instances from which I concluded that racial prejudice exists. All the while, Jeremy had other difficulties, evident from early childhood. In school he was diagnosed with a learning disability. Caring teachers and psychologists kept an eye out for him. A caring policeman kept an eye out for him on High School Grad night and helped him home after too much celebrating. As I note these memories, questions of discernment arise: distinguish between "kept an eye on him" and "kept an eye out for him".

There are many other questions. What was the source of the learning disability? Was it inherited? - Or was it the product of his insecurity as an adopted child — or as a child of colour? What effect did his self-perception as different from others have on his sense of himself, and as a result on his behaviour? As for us parents: how did our treatment of him differ from our treatment of his siblings? How often were we too strict; how often too lenient; what resources could we have given him to shore up his self-esteem? These are questions all parents ask themselves about their children: in addition we needed to ask, did we take too much for granted? Did we fail to take issues of race seriously?

In contrast to Jeremy, our youngest son James had an easier childhood, and he recalls few taunts about his indigenous heritage, until early adolescence. And here, when Foetal Alcohol Spectrum Disorder violently exploded into his and our consciousness, we immediately understood its implications: medical research was uncovering the devastating impact of colonization on his indigenous ancestors. Over the 30 years since James was first diagnosed, every FASD resource available in our city and province has been made available to and used by him and us. At first the process was through the Justice department: youth courts and First Nations healing circles, custodial foster homes, provincial jails and federal prisons, treatment centres — James once said he could write a travelogue of "Insides" he had visited. Now, under the Mental Health Act, he is in and out of forensic psychiatric hospitals and group homes. Recently, teams consisting of social workers, health care professionals, addiction workers and police have provided community care for him. His is a rather bleak history. Concerned, well-intentioned and thoughtful people in a wide array of professions have tried and tried - and tried again - to deal with a problem that is, so far, all but insoluble. James and others like him personify that problem: they are an affront to "respectable" citizens, and a target for their anger and disdain. The sad fact of FASD is that it is preventable, but not curable. But it is hard to prevent because it first afflicts those who are most vulnerable and most fearful of asking for help — impoverished, oppressed and despairing women.

James is currently in a psychiatric hospital awaiting placement in an assisted living home, where, under the latest provisions of FASD treatment, he will have an assigned "Buddy" care worker. As I write, Jeremy has had another stroke, one of several over the past ten months, the long term result of a brain injury suffered in a vehicle accident 24 years ago. The influence of racism is clear in James' case. It is less clear in Jeremy's circumstances. More questions arise - perhaps some ought to remain unasked: Did racism, which affected Jeremy from an early age, play any part in the lead-up to the accident or influence the legal decisions made in the insurance claims after the accident?

Now, with our sons both brain-injured and in long term care, I must ask one more question: is our experience of adoptive-mixed-race parenting a failed experiment? We are too close to the issue to be objective. I don't have answers but I have some observations. As parents, we thought we knew our children and were doing what was best for them. Our knowledge was imperfect. Our best intentions were marred by ego and the desire for power and comfort. The same is true in the wider society which we reflect: its achievements, like ours, have been flawed. We have seen our society taking seriously the mistakes it has made. The process is slow. Our boys may not see much benefit in their lifetimes. For us individually, it is our faith that forgives and sustains us. Over the years, while we may have hoped for miracles, we have learned that our children's journeys are theirs to travel, and our responsibility is to be there to join them when the need arises - and to love them throughout everything. And I believe that is the miracle: the bond of love which continues to exist between these two boys and their sister and brother and us, their parents. Their siblings Sarah and Simon have said that Jeremy and James have informed — and transformed - our life as a family. That is their gift to us and we are thankful. And we are thankful for our friends in realms sacred and secular, near and far, whose wisdom and encouragement make real the truth of 1 Corinthians 13 for our family and for our wider society.

Diana MacDonald has been a member of St. John the Divine since 1983. She has served as a chorister, lay Eucharistic minister and warden. She holds a BSc from the University of Victoria. She was a founding director and manager of The Greater Victoria Youth Orchestra and founding President of Victoria Baroque. In 2016, she received the Governor General's Caring Canadian Award. She and husband Bob and their four children have spent a lot of time asking questions and questioning answers.