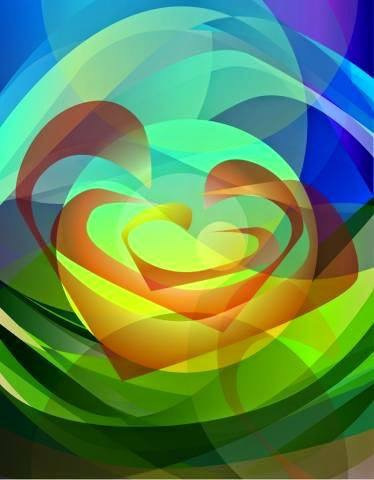 As we reach the end of our Advent reflections we move towards the great re-telling of the story of the Nativity. Yet many struggle to wrap their minds around the events of the incarnation, as we continue to literalise stories that are not meant to be taken literally! This story is full of meaning, layer upon layer, or to quote John 1 "grace upon grace". The story is filled with symbols and depth which go beyond any attempts to reduce them to pieces of doctrine...

This story, so carefully constructed, seeks to convey the wonder of a God who is intimately involved, connected to, fully within, the universe 'born of a woman',  entering fully into our humanity. It talks of a God who welcomes the outsider and the social outcast, as signified by the shepherds. A God who invites the 'foreign', welcomes all in their diversity, and embraces the world, including those of differing paths and cultures, the 'Wise Men'. The humble nature of the setting gives us a glimpse of a God who is involved the earthy, difficult parts of life, and the song of the Angels a sign of the wonder and splendour of the Divine life.

All of this based around an act of faithfulness - the yes of Mary, a faltering, hesitant, bemused 'yes' perhaps - but one in which she continued to 'magnify' - enlarge her vision of God in the world and be a part of that life, that vision of God's love.

This, and so many other symbolic, powerful, heart-engaging, mind bending - but not literal - messages are found in the first chapters of the Gospels of Matthew and Luke, and reflected in the cosmic concepts of the Gospel of St John. These are not stories to be disected or reduced, but to immerse ourselves in. Too much time is wasted on arguments over the 'Virginity' of Mary, or whether the Magi arrived years after the event - the story is to be lived into, and out of. A story of love, of the Divine life, of humanity, of grace, of wonder, of "Emmanuel' - God-with-us.

"May the JOY of the angels,

the HUMILITY of the shepherds,

the PERSEVERANCE of the wise men,

and the PEACE of the Christ Child be among God's gifts to you this Christmastide, and always"

In those days a decree went out from Emperor Augustus that all the world should be registered. This was the first registration and was taken while Quirinius was governor of Syria. All went to their own towns to be registered. Joseph also went from the town of Nazareth in Galilee to Judea, to the city of David called Bethlehem, because he was descended from the house and family of David. He went to be registered with Mary, to whom he was engaged and who was expecting a child. While they were there, the time came for her to deliver her child. And she gave birth to her firstborn son and wrapped him in bands of cloth, and laid him in a manger, because there was no place for them in the inn.

In that region there were shepherds living in the fields, keeping watch over their flock by night. Then an angel of the Lord stood before them, and the glory of the Lord shone around them, and they were terrified. But the angel said to them, “Do not be afraid; for see—I am bringing you good news of great joy for all the people: to you is born this day in the city of David a Savior, who is the Messiah, the Lord. This will be a sign for you: you will find a child wrapped in bands of cloth and lying in a manger.” And suddenly there was with the angel a multitude of the heavenly host, praising God and saying, “Glory to God in the highest heaven, and on earth peace among those whom he favors!” When the angels had left them and gone into heaven, the shepherds said to one another, “Let us go now to Bethlehem and see this thing that has taken place, which the Lord has made known to us.” So they went with haste and found Mary and Joseph, and the child lying in the manger. When they saw this, they made known what had been told them about this child; and all who heard it were amazed at what the shepherds told them. But Mary treasured all these words and pondered them in her heart. The shepherds returned, glorifying and praising God for all they had heard and seen, as it had been told them.

Almost half way there!