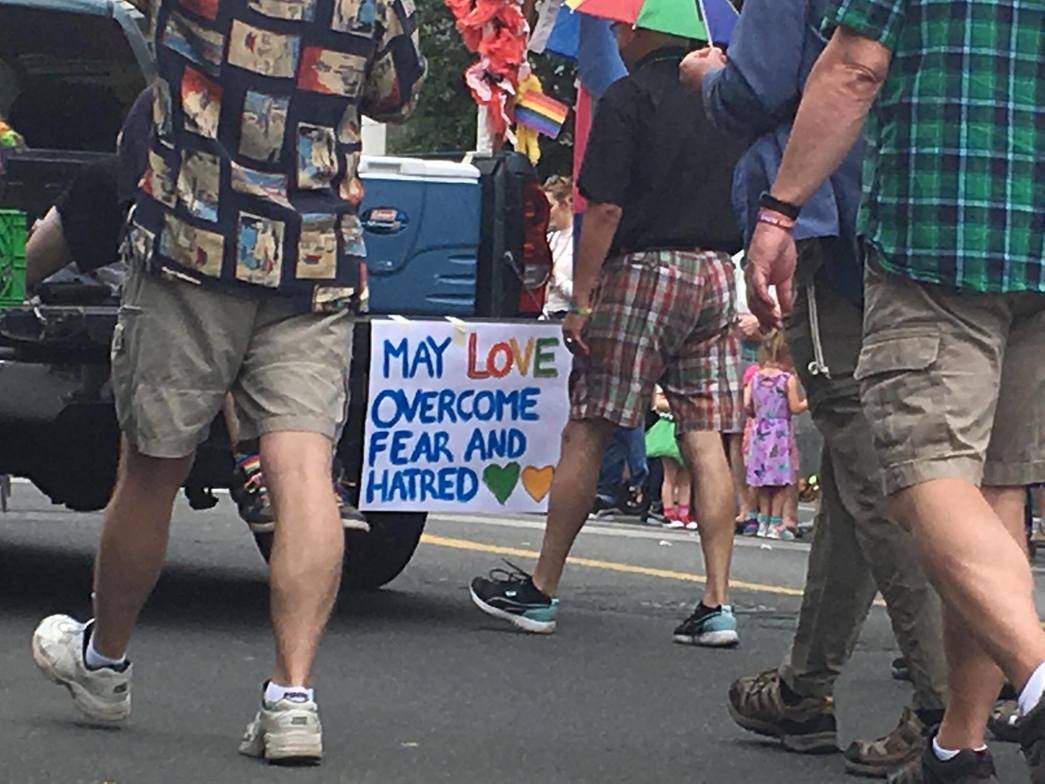 St John’s Church has been a strong voice in advocating for full inclusion of LGBTQ persons within the whole life of the Church, including allowing all to share in the opportunity to be married within the Church, should they so wish. We have sought to be a welcoming and loving community, to affirm and celebrate the diversity of human love and gender identity as a gift from God.

Dear Primate, Metropolitans and Bishops of the Anglican Church of Canada

Greetings as we prepare for the work of General Synod in the coming days.  Our prayers are with you.

On behalf of myself and the wider community of the Church of St John the Divine in Victoria, British Columbia (Diocese of British Columbia), we wish to express our concerns regarding the forthcoming vote at Synod on Canon XXI, the Marriage Canon, particularly in light of statements from the House of Bishops of the Anglican Church of Canada (1).

St John’s has been striving for years to become a welcoming parish. “Celebrating Christ in the heart of Victoria through building inclusive community” is a key part of our vision and, while our efforts are never sufficient or complete, they are part of the spiritual DNA of our church. Welcoming LGBTQ people into the life of the parish is one part of this.

LGBTQ people - married and single - are among our wardens, readers, intercessors, lay eucharistic ministers, choristers, and committee members. They volunteer in our social outreach ministries. We are currently working with a neighbouring United Church congregation to sponsor refugees, including an LGBTQ refugee. The statement from the Primates of the Anglican Communion (2) is all the more disappointing in light of the number of provinces of the Communion that continue to produce such refugees, it seems that the Primates have sought to penalize the Episcopal Church for a speck of inclusiveness while doing little to address the plank of homophobia in the majority of provinces.

In the forthcoming vote we would hope that permission would be granted for us to welcome all who come to us and to affirm their desire to live in a committed marital relationship fully equal in the eyes of the Church.  We would encourage you to remember that this change to Canon is a permissive not a restrictive option – allowing those of us who wish to participate in such full acceptance for those in same gendered relationships whilst not compelling anyone to do so who does not wish to do so.  In effect, we would ask that the Anglican Church of Canada to no longer force us to discriminate – as we believe this to be contrary, to the all-embracing good news of Christ.  Paul wrote that, “There is no longer Jew or Greek, there is no longer slave or free, there is no longer male and female; for all of you are one in Christ Jesus.” (3)  If the Anglican Church of Canada continues to exclude loving couples from marriage, it does so, we believe,  in defiance of such welcoming and inclusive biblical principles.  With the Archbishop of Canterbury, we affirm that we “… find who [we are] in Jesus Christ, not in genetics, and [our] identity in him never changes.” (4)

We urge you to listen to the voices of the clergy and laity gathered in General Synod before committing yourselves to a course of action that we are sure will be destructive. Our culture is increasingly unchurched and we struggle to combat the widespread impression that all Christians are narrow and judgmental, indeed, recent events in Orlando and elsewhere have already caused many to challenge the institutional homophobia that the Church is seen to represent and is considered to perpetuate. Rejection of the proposed broadening of the Marriage Canon will only justify and entrench this impression and make more difficult the work of evangelism to which the Primates profess commitment, especially amongst the young. The unity of our church will not be served by setting clergy and laity at odds with episcopal leaders.

Archbishop Desmond Tutu has said, “This family has no outsiders. Everyone is an insider. When Jesus said, ‘I, if I am lifted up, will draw …’ Did he say, ‘I will draw some’? ‘I will draw some, and tough luck for the others’? He said, ‘I, if I be lifted up, will draw all.’ All! All! All! – Black, white, yellow; rich, poor; clever, not so clever; beautiful, not so beautiful. All! All! It is radical. All! Saddam Hussein, Osama bin Laden, Bush – all! All! All are to be held in this incredible embrace. Gay, lesbian, so-called ‘straight;’ all! All! All are to be held in the incredible embrace of the love that won’t let us go.” (5)

This inclusive vision of Christ’s welcoming embrace is both attractive and powerful. We encourage you to embrace it as General Synod meets and assure you of our continued prayers.