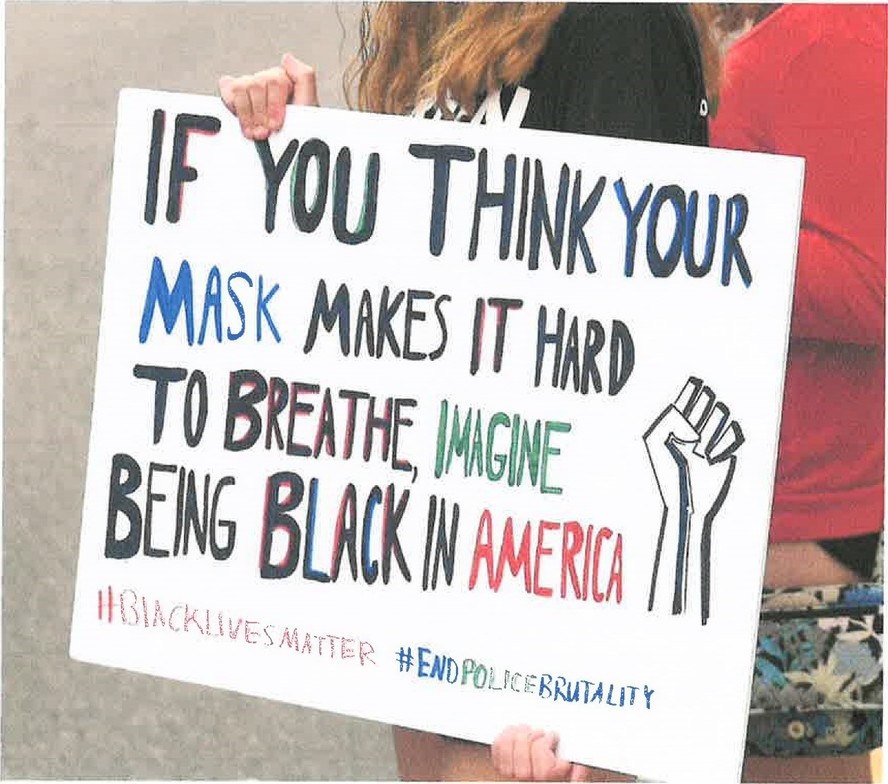 Looking back across the first six months of 2020, one can perhaps be forgiven as assuming that two crises have been all-consuming -- COVID-19 and its often grim impacts and challenges; and more recently, the exposure of both overt and systemic racism in North America, both within and outside the realm of law enforcement, and embodied in widespread Black Lives Matter protests.

There was, in fact, a third. Given the shaky state of our collective longer term memory, it is not surprising that the New(born) Year was barely delivered when an earlier crisis, that related to the Wet'suwet'en traditional leaders standing, both figuratively and physically, in the way of a natural gas pipeline, the construction of which was proceeding without consultation with them. This apparent denial of Indigenous Title, and the use of armed police to force the issue, led to protests blocking the transport of goods and people across this country. These were barricades that some predicted would lead to the ruination of the Canadian economy, if allowed to remain in place. As this newsletter implies, there are connections between all three crises, and the Christian Gospel stands in judgement of the ways in which unequal societies reflect their history of colonial power and exploitation, leading to the ongoing, conscious and unconscious, oppression of the most vulnerable in them.

In Let Justice Roll #9, we examined the theological, ethical, social and cultural dimensions of the COVID-19 crisis — for which there is yet to be found an effective long-term medical health panacea. In this number, we look at the corrosive effects of racism in North America, which seem to defy effective solution, despite the fact that they are fundamentally human in origin and construction. Through the lenses of a multi-ethnic group of thinkers and writers, we look at the deeply ingrained realities of both overt and systemic racism in Canada and the United States, and how they negatively affect the daily lives of those among us whose skin colour is not white, both as individuals and communities.

This issue (LJR#10) investigates the causes and indelibility of the judgmental ascribing of characteristics and values to others that one way or another aggrandize and privilege the dominant, and devalue others. We learn of both the deep implication of Christianity in some of its important traditions on the side of racism over many centuries, blind to the actual life, message and witness of Jesus, and all too ready to countenance as gospel biblical passages "suggesting" racial hierarchy. We are left in no doubt about the considered anger of those among us who to this day are made to feel different and less than human, whether outside or inside the Church (a reality which the Reverend Dr. Martin Brokenleg has given deep meaning from his experience as an Indigenous person). We are challenged to recognize that we cannot blithely exculpate ourselves as members of a dominant settler culture by voicing the platitude: "I am not a racist!" Only by word and deed do we become "anti-racist" and an active part of the cause of racial justice.

The choice of articles and commentary reflects the rather different cultural contexts in which racism manifests itself. Although the Black Lives Matter movement has meaning and resonance in Canada, the communities in this country that have been major targets of racism, whether explicit or implicit, are those of Indigenous heritage, as the protests over land and title and the struggles for justice for the survivors of residential school and their descendants illustrate.

This latter point has particular relevance in Sara Chu's feature on the life and ministry of Bob MacRae, the Rector of St. John the Divine from 1977 to 1997, under whose stewardship the parish developed a strong commitment to learning about and promoting Indigenous culture. Bob was involved in initiatives (such as Project North), one of the earliest efforts of reconciliation between Churches and Indigenous communities.

I believe that the long shadow of racism also features in the profoundly moving story of the experience of two of our parishioners, Diana and Bob MacDonald, in raising and nurturing, with immense love and understanding, two children of mixed race and Indigenous heritage respectively, and the racism that those young men faced, and which took a toll on the lives of them and their family. We need go no further in realizing how potentially relevant these stories are, and should be, in the lives of all of us in this amazing parish.

Together, these pages present a major challenge to a well-intentioned and genuinely concerned congregation like ours, committed to social justice and action, when we are, at the same time, largely white, elderly, and financially secure. If we want to become more effective advocates and activists against systemic racism, how do we commit to that important goal? Let Justice Roll #10 provides only a reflective starting point. It is surely now up to us to discuss, consider and debate how we make the ideas, challenges and initiatives suggested a spur to action in our own lives and in the Church.