A Sermon from The Reverend Canon Dr. Martin Brokenleg
July 12, 2020 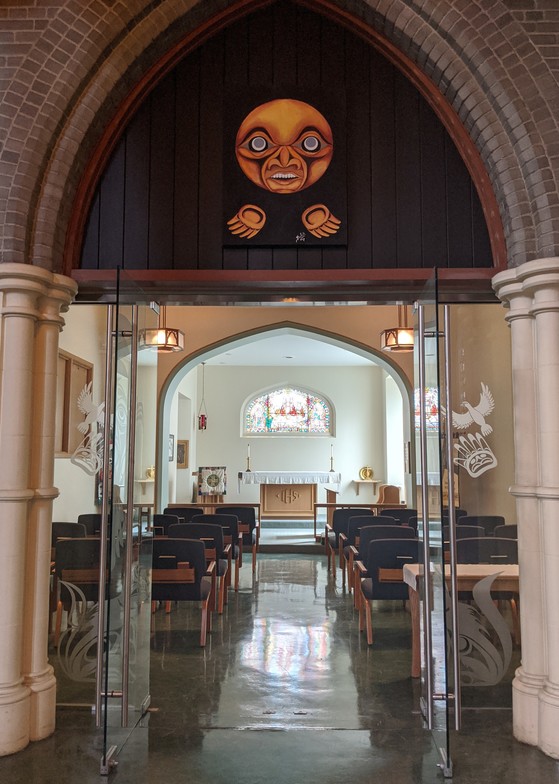 The following is the text of the sermon preached by the Reverend Canon Doctor Martin Brokenleg on June 21, 2020 at St. Barnabas Anglican Church, Victoria, BC for National Indigenous Day of Prayer and is reproduced with his permission.

The major themes for today’s Indigenous Day of Prayer are sounded in the collect for the day, calling for us all to journey in partnership.   The collect includes the ideals of truth and love, covenant, justice, and journeying together.  Unlike most Sundays, the observance today is of the relationship between Indigenous peoples and others in the Anglican Church of Canada.

When the 2010 General Synod added this commemoration to the church calendar, General Synod gave it very high status as,  “A Feast with Precedence over a Sunday.” Contemporary liturgists would call today a Solemnity. When I was growing up it would be ranked as A Double of the First Class.

In the past weeks, we have watched the society south of us convulse with anger, accusation, and defensiveness over racial relationships. In the USA, the conflicts focused on the effect of racism in many social institutions such as policing. In turn, flare ups in our own parliament this week show that Canadians are looking at the place of race in our society, not only of those with African Ancestry but also the larger population with Indigenous ancestry. Friday a UK study reported that Canadian White Supremacy groups on the Internet are significant and growing.

Racism is perceived superiority or inferiority based on physical or genetic attributes like skin tone or body build. Hostile behavior and negative attitudes about others, based on race, do exist in Canada. These are pre-judgments not based on facts and are prejudices. I have been on the receiving end of discriminatory actions on several occasions.

I entered a hotel with four other flight passengers and was the only non-White person in the group. They were all given rooms immediately.  Even though I had a reservation made weeks ahead I was told there was no room in the hotel. I was sent to another hotel and it took more than an hour more for me to get checked into that second hotel.

Walking along the sidewalk in a small town, a passing carload of twenty-something White men yelled insults and racist terms at me.

When I am in a Victoria grocery store, I frequently see White women grab for their purses in their grocery carts when they see me coming down the aisle.

In Victoria shops I have been followed by clerks who are not doing so to help me make a purchase.

Brother Gene almost always pays for our purchases since he is never questioned about his credit card. I have been questioned several times and once had to wait for the clerk to call the credit card company to verify that my card was not stolen before the clerk accepted it. He did not verify the other customers’ cards but they were all White.

Not long ago, as I was getting ready to lead a program at the cathedral when my LCD projector burned out. I rushed to a nearby business intending to buy another projector. In the camera department I was looking for projectors and three other customers came in after me.  None of them bought anything. They were all White and I had to wait until they were all spoken to before the clerk turned to help me. I still bought the new thousand-dollar projector I needed.

I do not take any of these discriminatory slights personally. They were not hostile to me as a person. They happened because of the systemic racism that is identified and perceived as “normal business” in Canada.

Several Canadians have told me there is no racism in Canada. Because of my experiences, it has taken me some time to understand what they might mean. I think they mean that they have no personal animosity toward people of other races and no awareness of reacting to someone else due to the colour of their skin.  Of course, this ignores the impact of racism that is a part of institutional patterns, procedures, policies, and systems of doing business.

With racism so pervasive, what is a Christian to do?  We do what we are doing today, honouring Indigenous people and Indigenous contributions to Canada. In the face of darkness, Christians hold up the light of Christ in our thinking and in our ways of living. We imitate our Lord who held up Samaritans, who interacted with Romans, and who listened to lepers.

In the collect for today, we prayed that God’s people will, “journey together in partnership.”  Reciprocity is the bond that strengthens relationships. If you reflect on each of your friendships you will see that you give something to them and they give something to you, even if in a different form. This reciprocity dynamic is seen in all ceremonial and social actions in Indigenous cultures. When we take something we then give something back. When we are given something, we try to return the favour as soon as is seemly.  Journeying together in partnership is an action of reciprocity.  Even if there is not 100% agreement, being in partnership is an action of remaining together, giving one another the reciprocal gift of relationship.

The collect for today also sounds the high themes of this partnership:

No matter the struggles around us in our country and in our world, the love God has given us motivates us to journey with others in partnership. This is our responsibility and it is also the glory of the Christian community.

I saw this partnership well exemplified in the relationship of two old men who became friends in the 1920s. My grandfather, Joseph Brokenleg, was a medicine man and an Episcopalian who always wore his hair in braids. He spoke only Lakota.  He rented his land to a settler, John Lattau, a German from Russia who spoke only Plattdeutsch and attended the rural Lutheran church not far away.  Those two men were best friends and they spent hours and days together.  They shared food and helped one another on their small ranches all their lives. They had no common language. When they went fishing one would sleep and the other would talk and tell stories. At some point they would change places with the napping and speaking. After my grandfather died, John often said how much he missed his friend. They knew how to “journey in partnership.”

Artwork: Created by Butch Dick for the entrance to the Walking Together Chapel at St. John the Divine.