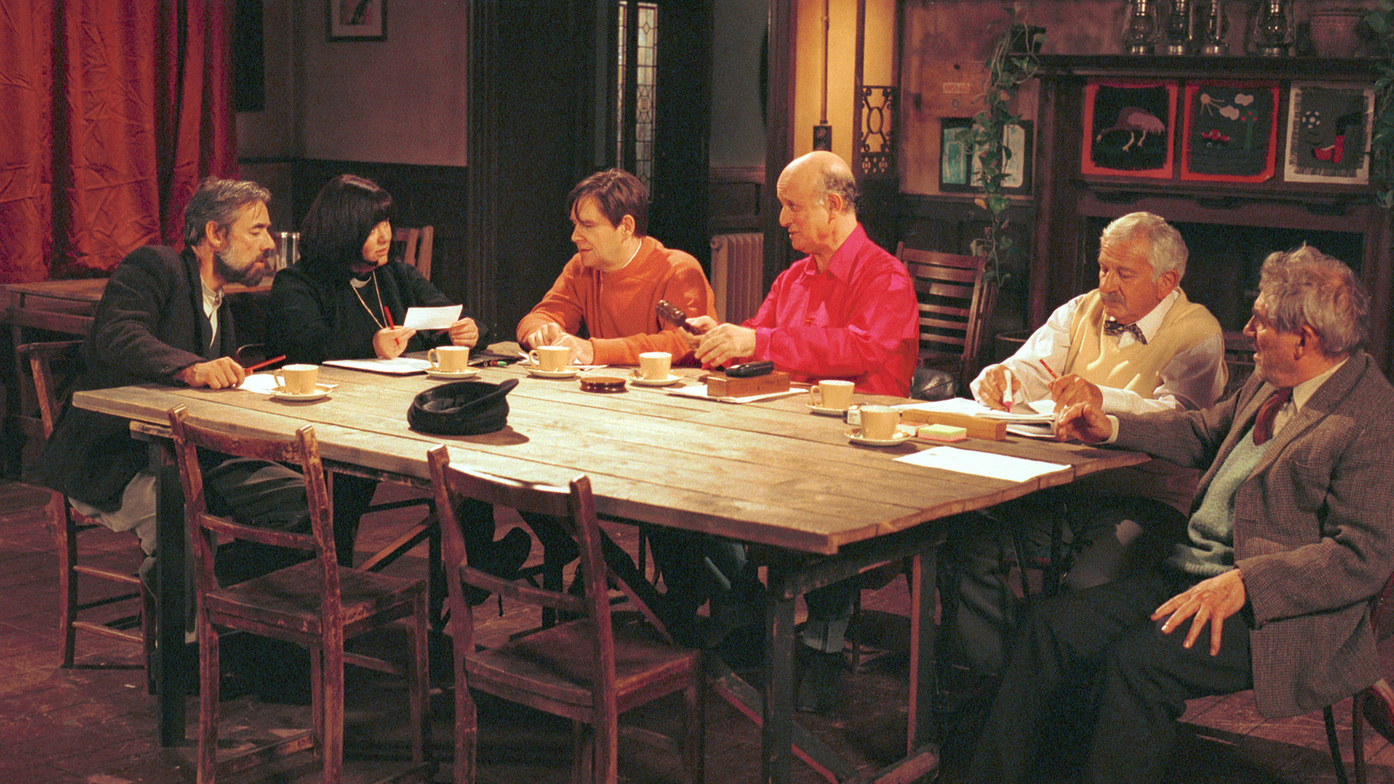 This past Sunday I made a quip about the time Clergy spend in meetings - it was meant to be a light-hearted comment but caused some consternation in the discussion group which followed the service - from 'tell me all the meetings you go to, I want to know' to 'how can you be upset about having meetings?'  It was a salutary reminder how sometimes one's intention in speaking and how it lands can be very different.

It was a genuinely amused reflection about how many meetings do fill a week - along with visits, prayers, worship, preparation for worship/sermons etc. Also it was a reminder that no matter how well I think I let people know what is going on, a lot of people don't hear, some don't listen, and many just don't know... So I thought it was time to give a little bit of an overview of the kind of stuff I do. Not too much detail, I don't want to bore anyone!

It's important to know that for any member of the Anglican clergy in presbyteral orders, also known as priests, we have two sets of duties, many of which overlap, but are in themselves distinct. Firstly there is the responsibility of serving the parish to which we are called - as pastor, teacher, worship leader, teacher, pray-er and all the other duties that come with that. Our second set of duties are those which come from being a priest in a Diocese, under the authority and license of a Bishop. That means about a fifth of our responsibilites are related to the wider church, particularly serving our Diocese. My own role in that sense is added to by my appointment as an Archdeacon, serving at the Bishop's discretion in a particular role for the Diocese. But more in a moment.

So, what are these meetings.

In the Parish there are various weekly, monthly, or less frequent groups I am a part of. Sometimes I get to go to each gathering, other times I drop in as available. Sermon Circle, Parish Council, Wardens and Clergy, Leadership Team, Finance (very infrequently as we have a good Finance group), Pastoral Care Team, Educational events, Clergy Team, Sunday Reflections, and prayer groups are all part of this group. Alongside that there are groups which bridge the life of the church community here and the wider community - the Downtown Service Providers, the North Park Neighbourhood Association (NPNA) along with the board meetings that go with NPNA.

In the Diocese there are meetings I am a part of because I am priest of the Diocese not because of my role of Archdeacon. These include (Bi-monthly) Diocesan Finance,  (Occasionally) the Ministerial Discernment Team (of which I am chair), along with six-monthly Clergy Days, and annual Clergy Conferences. Less frequent than they used to be are the Clergy gatherings known as Clericus, which lapsed during pandemic, but I hope will restart on a bi-monthly basis soon. I have been a part of various visioning and vision implementation groups in the Diocese, as well as a stint on Diocesan Council and both Provincial and General Synods but my time on those groups has ended. I am also priveleged to be a part of a group called WECAN, a group concerned with supporting and resourcing the wider Anglican Church in ministerial formation and development.

Lastly, there are the duties I perform as Archdeacon - which included bi-monthly meetings with the Bishop, the (very occasional) Cathedral Chapter, and one-to-one meetings with my clergy colleagues, usually over a lunch, to check in and see how things are. I reckon that part of my current role takes, on average, about 10 hours monthly at most.

So what's the purpose of writing about all of these (and I am pretty sure I have forgotten a few). It's purely for information, for those who wonder just how my days, and some evenings, are spent. Listed here, it looks like a lot, but it all fits into the hours allocated for any given week - even with other duties. Some clergy feel defensive about how they spend their time, almost as if they have to justify their hour - I confess, I got over that a long time ago. I know both what a privilege it is to hold this position, and how much work it takes, and the need to put clear boundaries up around my time and energy in order that I can continue to do this work. My days off are sacrosanct, not least because I get to spend them with my partner, and a much needed time of rest, and a bit of choring.

As a friend of mine was once told when he went for a position with a church community in London, England; "Mate, in this parish, we work hard, we play hard, and we pray hard." That seems a pretty good aim for balance in clergy life.