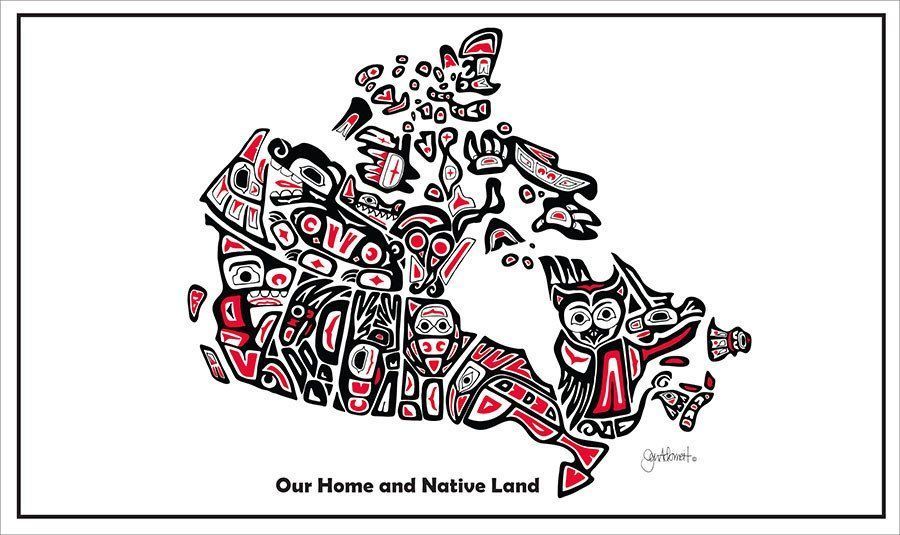 It is a strange mixture of sorrow, and recognition that there is much to celebrate in the culture of the Indigenous People of these lands, and a the need to commit to working to right relationship with the First Peoples of the country now called Canada here on Turtle Island.

And it is made all the more poignant by the events of these past weeks, particularly in the responses (or lack thereof) by government to the report from the National Inquiry on Missing and Murdered Indigenous Women and Girls, and the discovery (a shock to many, a surprise to few) of the bodies of 215 children in an unmarked grave in the grounds of the former Kamloops Residential School. And there are more bodies being discovered in similar graves on former Residential School Properties all over the Country, with the count now at over five hundred and growing daily.

So we in the Church are seeking new ways forward, new ways to engage, new ways to learn, and in hope a new and right relationship with the Indigenous Peoples of these lands. We talk of this when we begin our services at St John's when we say something like:

We acknowledge that we are on the ancient, unceded, lands of the Lekwungen-speaking people, now known as the Songhees and Esquimalt nations - who have stewarded these lands for many centuries. We make this acknowledgement not as a formality, but to state our commitment to an ongoing journey, a journey taken in partnership with the Indigenous peoples, a journey of truth-telling, and we pray of healing, and transformation.

This, or something like, we say every time we gather for worship or prayer or in community. It's been an important part of our learning to make such an acknowledgement and commitment.

And when I say 'our' I mean that we recognize our own foundation as a community of settlers and settler-descended people. That few of our community can extricate our roots from colonialism. But we do seek to extricate ourselves from a colonized mindset. In reflection of that our Sunday service yesterday contained a specially written Kyrie; a confession of our part in the brokenness of the relationship between Indigenous and non-Indigenous people in these lands. We offered a series of prayers shared from the Diocese of Rupert's Land, which acknowledged the reality of the place where the Church finds itself at this time, and our Sermon reflected on this also.

There were many other resources offered by the Anglican Church of Canada and by our own Diocese of Islands and Inlets which it was not possible to add to the service - many of the resources offered were video offerings and were incorporated into the Sunday service where the National Indigenous Church invited the wider Anglican Church to honour and celebrate the National Indigenous Day of Prayer - here is our Diocesan link to it, with an introduction by the Venerable Dawna Wall:

One last note- the language of 'National' Indigenous Peoples Day I find myself less comfortable with, for if this country acknowledged the initial relationship with the First Peoples as being one of 'nation-to-nation' (as stated in the Royal Proclamation of 1763) then it would recognise that Canada is not a nation, per se, but a country (or a 'State') comprised of many nations and people groups, including the Metis and Inuit Peoples. So I am hesitant to use the title 'National Indigenous Peoples Day'. Likewise, here at St John the Divine, we rarely (if ever) use the term 'Reconciliation' as that suggests there was some kind of relationship which existed before which needs to be reconciled. Instead we use the terms 'transformed', 'new', or 'right' relationship. Something we hope, pray, and act towards.

There is much more to be said, prayed, and done, and much that the Church must learn to be, in order to move to that new relationship we long for. In order to be transformed.