Pause For Thought I - Do What You Can 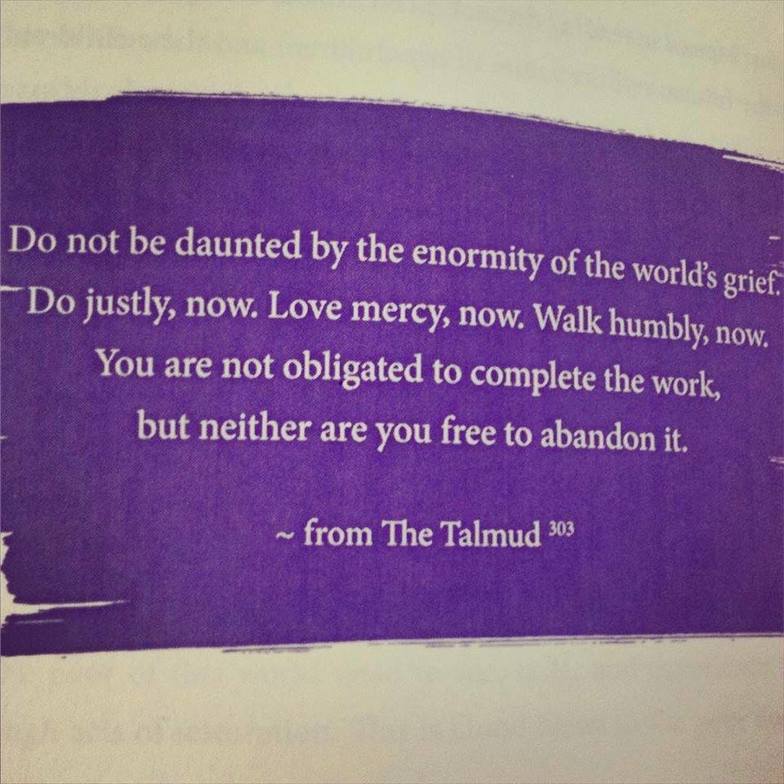 Pause For Thought I

Sometimes when we look at the hurt and brokenness of the world we can feel overwhelmed - what can we do to change the world for the better?  There seems to be so much pain, injustice, destruction, fear, prejudice, and evil in our world.

It's not our job to fix it.

But it is our calling to make a difference.

As people of faith we are called to be engaged, active, loving.

And we do this because that is how God does it.  The God who did not detach Godself from the world, but, as one of us, fully embraced human life.  This is the meaning of one of the titles used for Jesus - Emmanuel: God with us.  The God who laughed, cried, loved, ate, knew pain, fatigue, hope, fear - the God who engaged so fully with the world that God came as a vulnerable, dependant human baby. Who learned and grew as part of a human family.  This is what we mean by 'Incarnation' - a God not separate from the world, but fully a part of it.

Likewise we too must be fully a part of this world, meeting pain with love, despair with hurt, death with the hope of resurrection.

If then there is any encouragement in Christ, any consolation from love, any sharing in the Spirit, any compassion and sympathy, make my joy complete: be of the same mind, having the same love, being in full accord and of one mind. Do nothing from selfish ambition or conceit, but in humility regard others as better than yourselves. Let each of you look not to your own interests, but to the interests of others. Let the same mind be in you that was in Christ Jesus, who, though he was in the form of God,
did not regard equality with God
as something to be exploited, but emptied himself,
taking the form of a slave,
being born in human likeness.And being found in human form,    he humbled himself
and became obedient to the point of death—
even death on a cross.

And God held in his hand
A small globe. Look, he said.
The son looked. Far off,
As through water, he saw
A scorched land of fierce
Colour. The light burned
There; crusted buildings
Cast their shadows; a bright
Serpent, a river
Uncoiled itself, radiant
With slime.

On a bare
Hill a bare tree saddened
The sky. Many people
Held out their thin arms
To it, as though waiting
For a vanished April
To return to its crossed
Boughs. The son watched
Them. Let me go there, he said