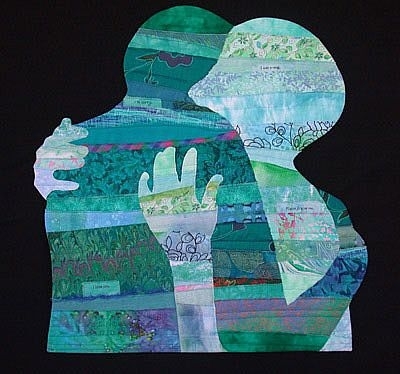 We often talk about reconciliation with a capital 'R" - the attempts to build a more positive relationship between indigenous and non-indigenous peoples in Canada, but there are other layers of reconciliation to which people of faith are called.

Reconciliation, for those who are Christ followers, is first to be lived out by the Christian community within itself.  We are called to be in loving relationship with one another. There are many Bible verses which relate to how we should treat one another within community, often containig very practical advice about such instances as healing our relationships, not being indebted to each other, forgiving one another, generosity towards each other.  These are values to be lived out in the community of believers, practiced towards one another that we might understand the way of harmony and love towards one another and learn to live that way with all people, not just those who share our beliefs.

John, the writer of three letters to the early Christian Church puts it plainly - unless we live out our values of love towards one another we cannot even begin to claim that we love God. He says, "Those who say, ‘I love God’, and hate their brothers or sisters, are liars; for those who do not love a brother or sister whom they have seen, cannot love God whom they have not seen. The commandment we have from him is this: those who love God must love their brothers and sisters also." (1 John 4.20-21

And yet, if we are honest, churches (like any institutions) are often full of intrigue, politics, power-plays, and at worse, scheming and manipulation - and the church throughout history has a less than illustrious record of the way it treats those within its community.  We can, and must, do better.  We are called to put on love above all other things, let us seek the grace to do so.

But now in Christ Jesus you who once were far off have been brought near by the blood of Christ. For he is our peace; in his flesh he has made both groups into one and has broken down the dividing wall, that is, the hostility between us. He has abolished the law with its commandments and ordinances, so that he might create in himself one new humanity in place of the two, thus making peace, and might reconcile both groups to God in one body through the cross, thus putting to death that hostility through it. So he came and proclaimed peace to you who were far off and peace to those who were near; for through him both of us have access in one Spirit to the Father. So then you are no longer strangers and aliens, but you are citizens with the saints and also members of the household of God, built upon the foundation of the apostles and prophets, with Christ Jesus himself as the cornerstone. In him the whole structure is joined together and grows into a holy temple in the Lord; in whom you also are built together spiritually into a dwelling-place for God.