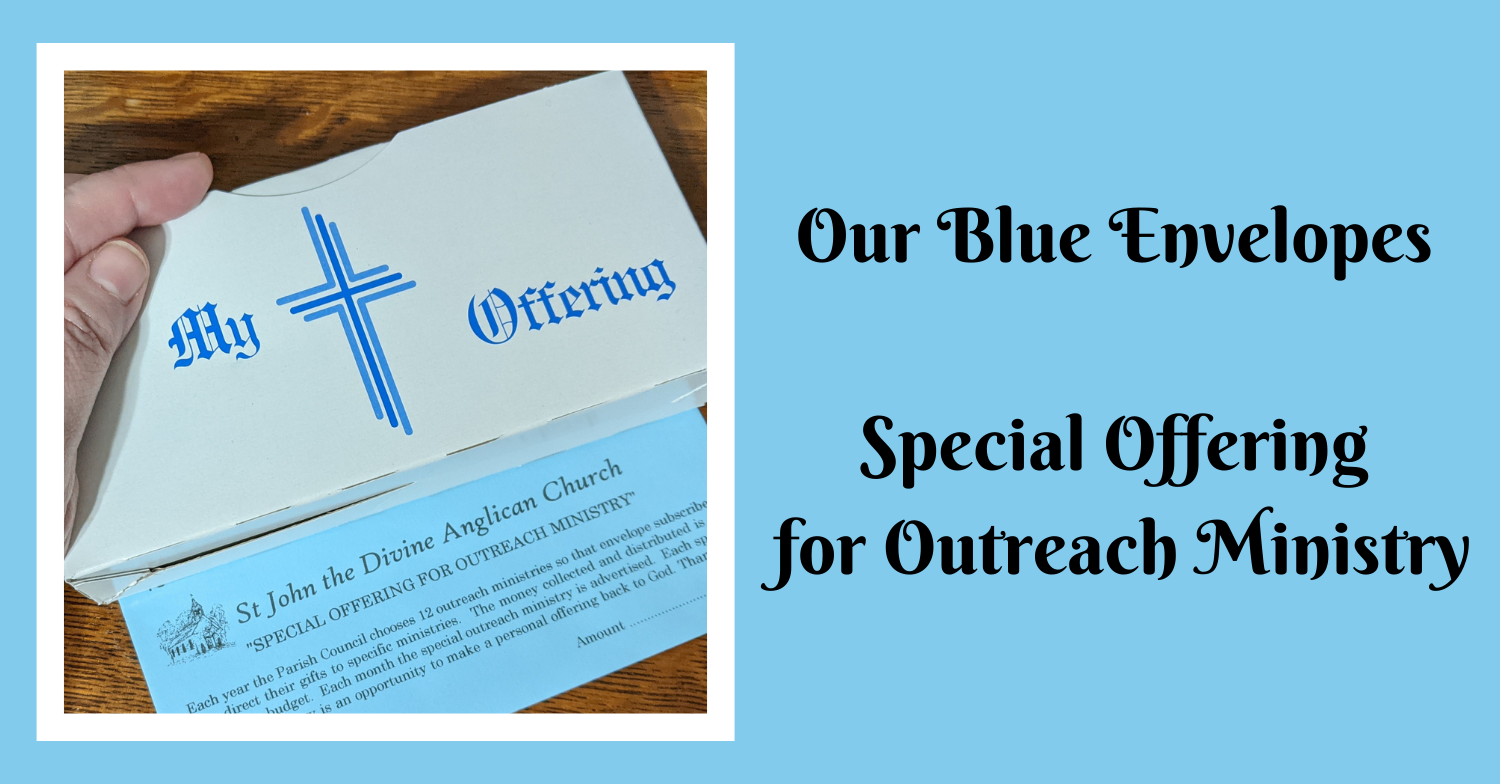 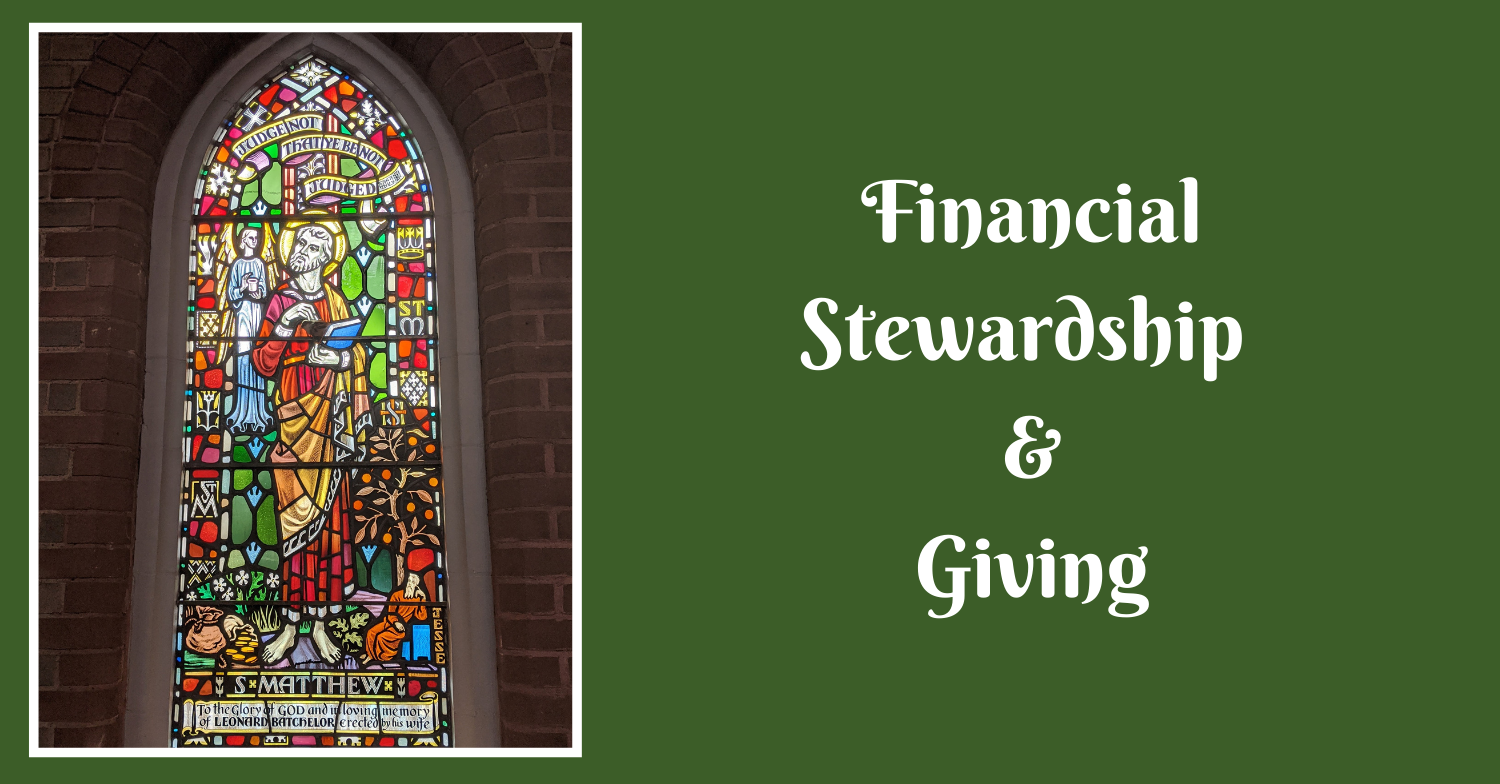 Each year the Parish Council chooses 12 outreach ministries or projects that we want to support as a community.

The money collected and distributed is not part of the budget. Each month we have the opportunity to make a personal offering back to God and direct our gifts to specific ministries or programs.

These offerings have traditionally been collected in a blue envelope, and have become known as our monthly Blue Envelopes.

You can also make donations through Canada Helps by selecting Monthly Blue Envelopes from the Fund dropdown menu.

In 2021 we are supporting the programs and ministries below.

Street Hope Victoria is a volunteer-driven Christian organization that builds personal relationships with people who face multiple barriers and marginalization and encourages them to seek wholeness in all aspects of their lives. Street Hope operates out of a motor home, which is parked in downtown Victoria on a couple of weekday evenings. Volunteers welcome people into the motor home and serve them homemade soup, sandwiches, hot chocolate, juice, cookies and fruit. We feed hungry people, provide essentials such as warm clothing and toiletries, establish and nurture meaningful connections with folks, and encourage them towards healing in their lives.

The Alliance Club is a drop-in centre for youth on the street. Volunteers from St. John’s and the larger community purchase supplies and cook several large casseroles monthly for the Alliance Club.

Primate’s World Relief and Development Fund (PWRDF) was established by the Anglican General Synod of Canada in 1959. The name reflects the agency’s main program focus and philosophy. PWRDF provides for long-term development needs connected to most of the suffering caused by natural or human-provoked disasters.

GVAT is an alliance of 33 diverse organisations, including St. John the Divine, that knows change is needed to restore justice and create a more equal world for us all. This diverse set of groups and peoples across Victoria are advocating for social issues together.

This project was founded by Eric Sama, a former refugee from Sierra Leone and former member of St. John's, and his friends. It supports a medical clinic and a school in Taiama, which was Eric's home community. Maureen Mark, a retired teacher, and once a CUSO volunteer in Sierra Leone, serves as the co-ordinator in Victoria. Funding comes from a 'giving circle' of individual contributors, as well as our church's annual blue envelope.proceeds, and occasional fund-raising events.

PEERS Victoria Resource Society is a non-profit society established by former sex workers and community supporters. It provides support, resources and programs for past and current sex workers of all genders, such as help with housing, education, and advocacy services etc.

Threshold Housing Society was founded in 1990 by a group of concerned Anglican parishioners to address the transitional housing needs of youth aged between 16 and 21 years who are at risk of homelessness. The Society provides supportive programming in the several homes it owns, and a new initiative which helps youth who are renters in private rooms or suites. Threshold Housing Society was incorporated as a charitable society under the BC Societies Act in March 1990.

As Generous Space Ministries is winding down, Parish Council has approved a new program to support for August 2021.  Given everything that has been happening this year with the discoveries of so many unmarked and undocumented graves at the site of residential "schools", we have decided to support the Victoria Native Friendship Centre during the month of August.

The mandate of VFNC is "To encourage and promote the well-being of Urban Aboriginal People, by strengthening individuals, family, and community.”  Beginning their work in 1969, the Centre has become a vital resource for urban Indigenous individuals and families, and is strategically positioned to play a major role in the development and implementation of urban Indigenous governance on southern Vancouver Island.

OCTOBER Out of the Rain

The Out of the Rain Youth Night Shelter is a community project, providing shelter to homeless youth during the coldest months of the year. A coalition of community agencies, faith-based organizations, businesses, and individual volunteers work together to provide space, professional support, and food for the shelter. The shelter rotates among host sites in the community. Out of the Rain volunteers support staff as helpers or cook hot meals.

Aboriginal Neighbours is an ecumenical organization initiated by the Anglican Diocese of British Columbia. The organization was formed out of its members’ concerns for the First Peoples and the future of aboriginal children.

Revitalization of Indigenous Languages: a Gift to Future Generations (RIL) was started by the Aboriginal Neighbours Group in response to the Truth and Reconciliation Commission’s Report, Call to Action # 61 that calls upon church parties to the Settlement Agreement to establish permanent funding for culture and language revitalization projects. Undertaken in conjunction with the First People’s Cultural Council, the RIL project supports elders who are fluent speakers of their language to work with apprentices, as mentors, and to pass along the language that was taken from so many in the residential schools.

This provides the rector with money that he can give away and use at his discretion. It could be to help a family in the parish whose house burned down. It could be used to buy a sandwich for a street person. It allows the parish to help people quietly and gives the rector a budget that he can use as he sees fit without getting approval from wardens, parish council, or vestry.

Ministries and projects supported in previous years can be found in the PDF files available to download below.