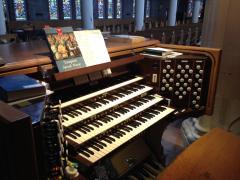 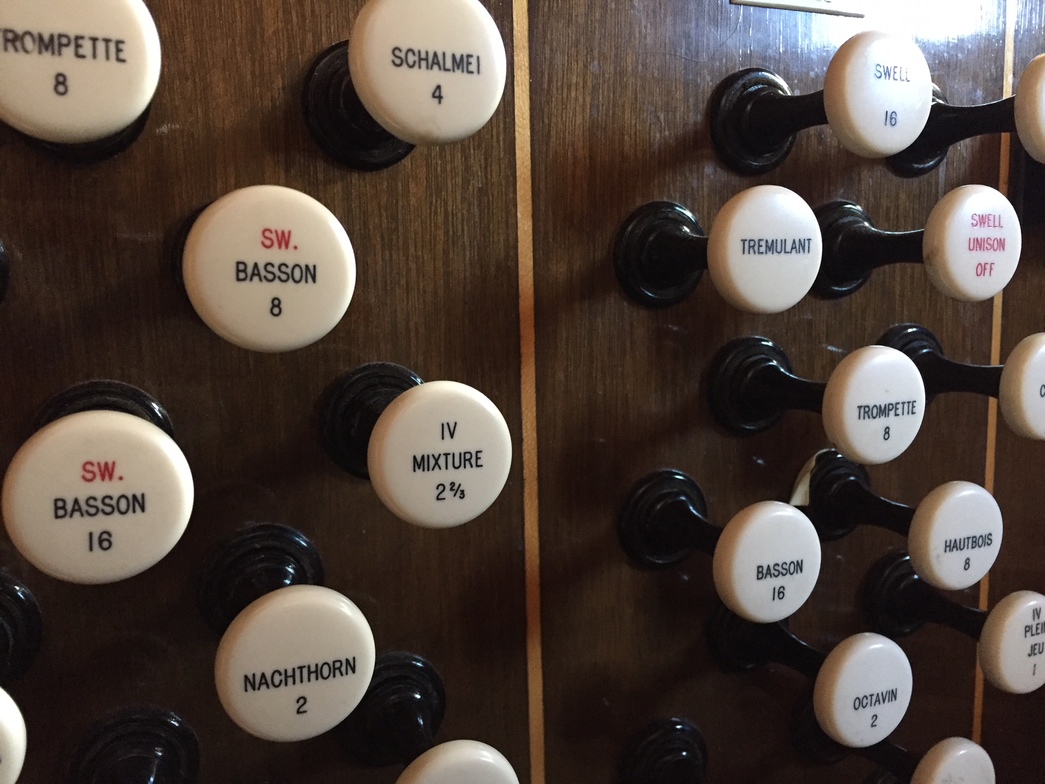 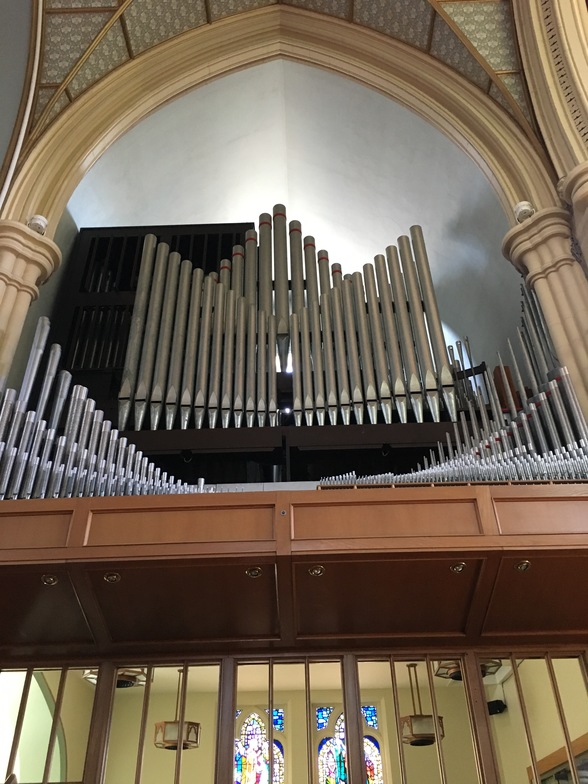 St John’s houses one of the largest and finest instruments in BC.

Built in 1961 by Casavant Frères of Montreal, it was designed by Lawrence Phelps in the Neo-Baroque style popular at the time, but it is a versatile and exciting instrument capable of doing justice to many repertoires.

A new Hooded Trumpet, which completes the Antiphonal Divison of the organ, was dedicated May 12, 2013.  This trumpet stop, which has been made possible through the generosity of the Davies family, was manufactured by Orgues Letourneau of Quebec (builders of the organs at Selwyn College Cambridge and at the Tower of London), and installed by our local organ builder, Grant Smalley.

The church is also the home of the Victoria Baroque's continuo organ, built by Grant Smalley and donated to the Baroque in 2017. The Great, Swell, and Pedal divisions, in the chamber south of the Chancel The organ console, on the north side of the Chancel